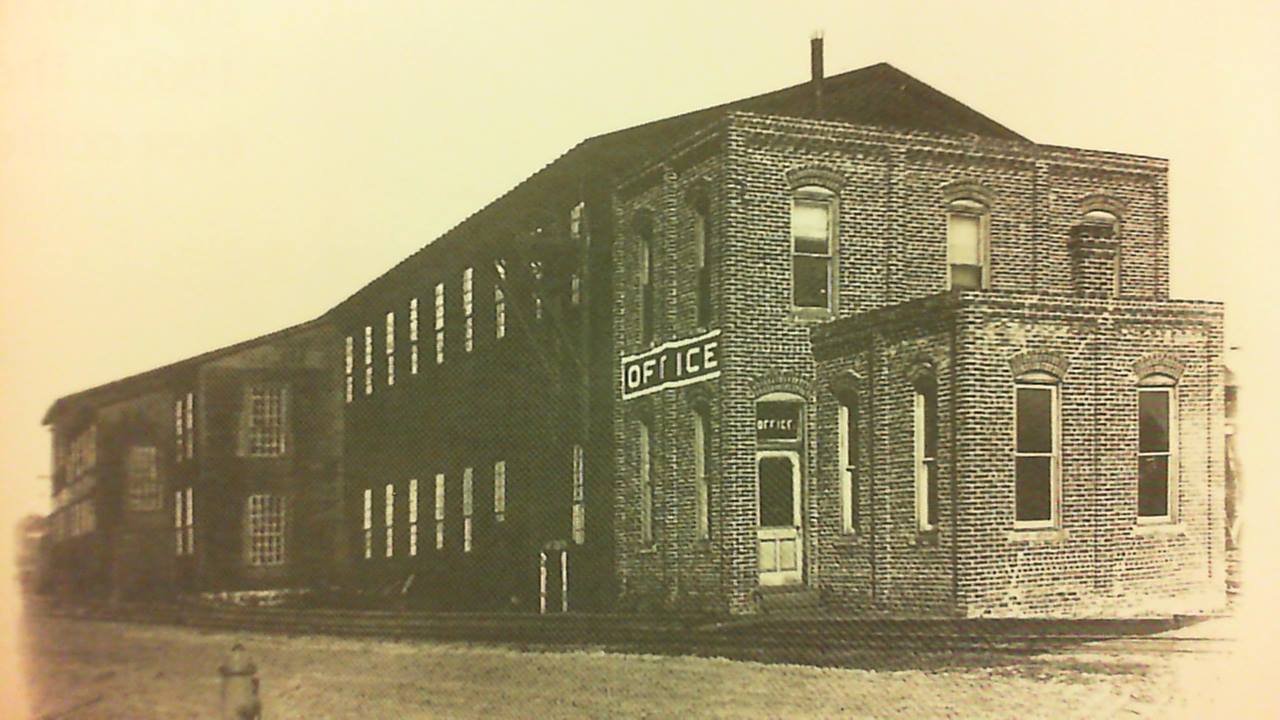 At the beginning of the 19th century, the westward movement of the Pioneers increased the population of Wisconsin and accelerated the demand for lumber to construct homes and other buildings. With an abundance of trees, and rivers for transporting logs, Eau Claire became an ideal location for sawmills. To meet the demands of the lumber industry, and to provide the necessary equipment that had been lacking up until that point, McDonough Manufacturing was born. Founded in 1888 by Frank McDonough Sr., Emmet Horan and Peter John Holm, the trio described their mission as ‘McDonough Sawing Machinery – rapid production, design, durability, strength, simplicity and highest standard of efficiency’.

When Frank passed away in 1904, McDonough was one of the most prominent manufacturers in the industry, reinvesting its profits to expand the operation. After a challenging time that included a World War, Great Depression and eventually a plan to forge ahead, McDonough’s fortunes took a positive turn with John M. Kildahl at the helm when it won a $17,000 resaw contract (approx. $350,000 in 2022 dollars), allowing management to recognize the potential of the business. 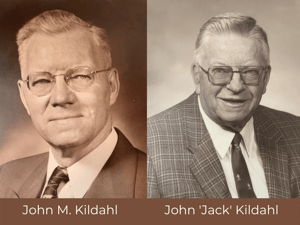 Eventually Jack’s daughters, Barb and Sue, would begin working at McDonough, with Sue starting in the ninth grade. In 1989, McDonough moved to its present facility into a new 41,000 sq. ft. building in the Chippewa Valley Industrial Park. After Jack passed away in 1990, Barb and Sue assumed ownership of the company, with Sue purchasing Barb’s shares on behalf of the company and taking on the role of President, a position she still holds today. 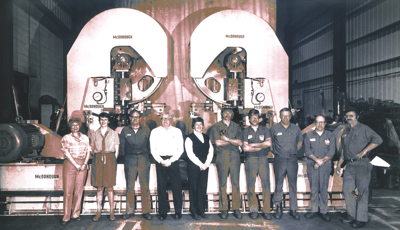 Sue’s son, Matt Tietz, a graduate of University of Wisconsin – Eau Claire, began working in the assembly area of the shop in the 90s, moving into the role of Vice President of Sales and current owner. In 2017, a manufacturing facility was opened in Mactaquac, New Brunswick, Canada, to help handle the increased demand for McDonough Equipment. Hugh Hawley, the former Manager of the McDonough Edger Division, was named General Manager, and four years later, VP of Operations. The Mactaquac location has continued to grow since the doors opened and was profitable after just one in year of operation.

McDonough has weathered many storms over its 134 years – two World Wars, recessions, the COVID-19 pandemic, but has always come out the other side. A strong team, respected reputation and commitment to quality and our customers has helped McDonough in carrying on Frank’s vision from the 1880s – striving for efficiency through specialized machine solutions that lay a foundation for success. 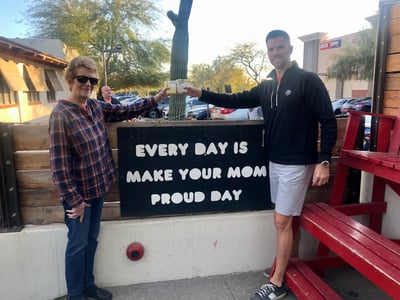 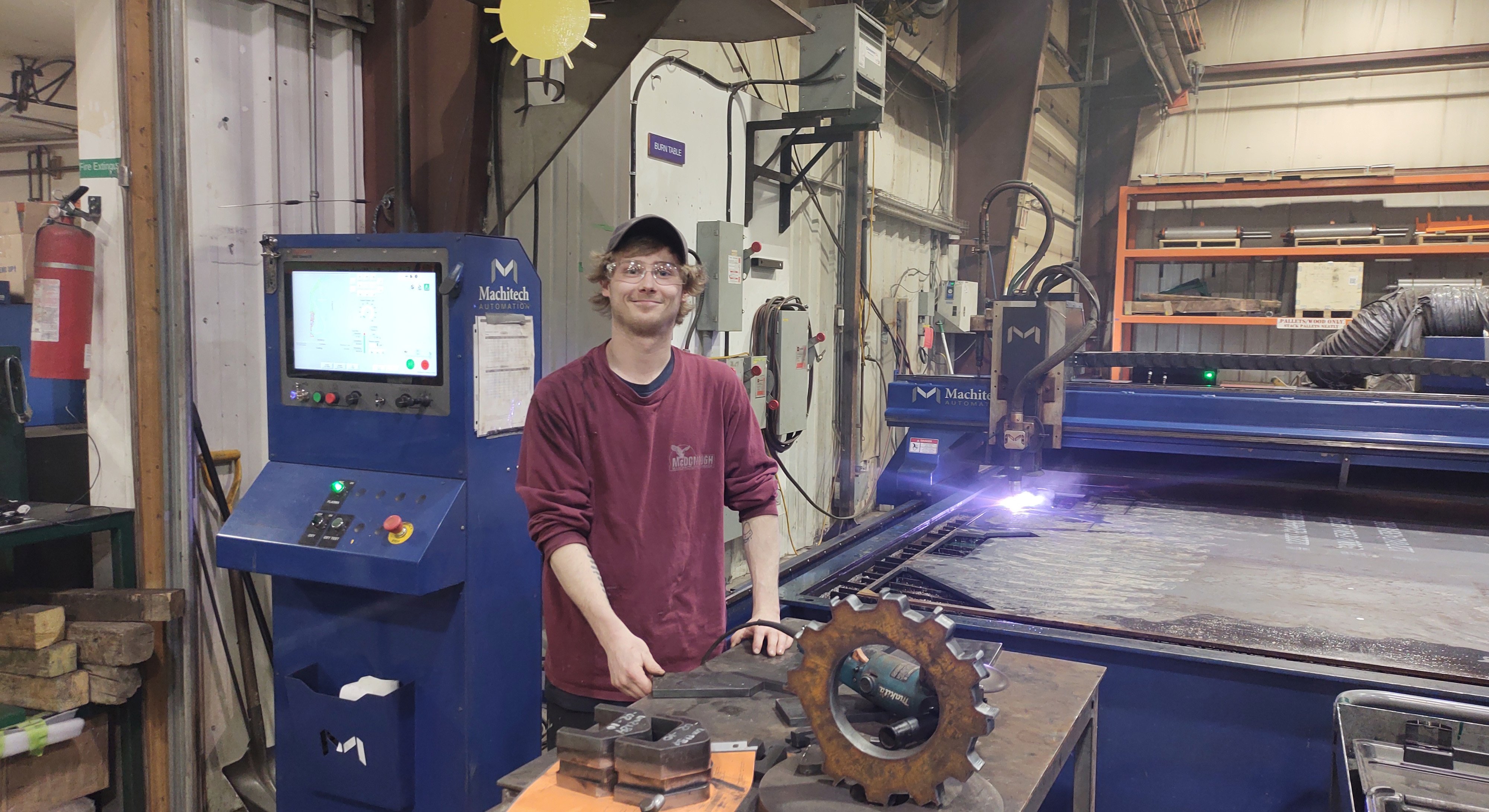 Affectionately known around the shop as 'Zoom Zoom', Austin Legacy has been with McDonough Canada since 2019. Currently the plasma table operator, Austin's nickname... 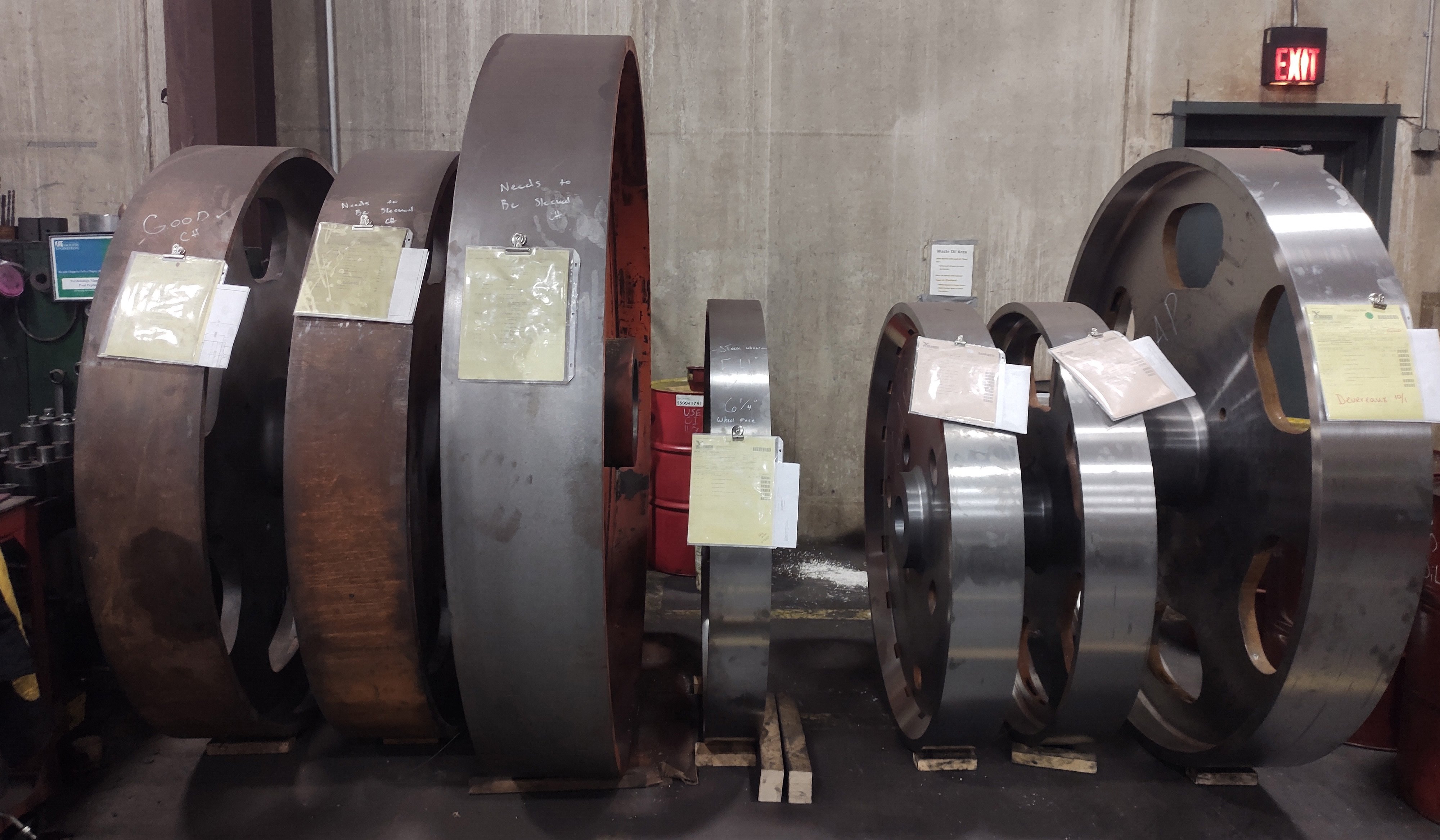 When should I grind my band mill wheels?

We're often asked, “When should I grind my wheels?” While there is no clear cut answer, a general rule of thumb is once every two to three years if you are running a...